Distribution Of Great Controversy At The Vatican

While I was in the city of Rome, Italy filming the forthcoming documentary “Leopard Vision, we took this rare opportunity to do some street evangelism. Loaded down with handfuls of the book The Great Controversy (translated into italian), and stacks of tracks that not only teach about the ten commandments, but thoroughly expose the Roman Catholic Church’s involvement in seeking to change the law of God, we took to the streets engaging everyone that crossed our paths. As we approached the precincts of St. Peter’s Square, some of the team decided to stay behind, while the camera man and myself went inside on a mission. With one Great Controversy book and a couple of tracks in hand, we ventured out to find a Catholic priest whom would be appreciative of these treasures of Truth. Praying before we advanced, we asked the Lord to grant us a divine appointment. And, not long after this prayer, I approached two priest that were walking directly towards us and offered them the book. I was quickly shut down by this black clad duo. But, we did not flinch. Our prayer was for a divine appointment, and evidently that wasn’t it. Pressing forward, I noticed a short distance from where we were standing, there was a pair of young priests leaning against a barrier talking. Walking over to these young men dressed in traditional priestly garb, I offered both of them tracks, which they gladly received. Then one of the priests happily engaged me in a conversation, which led to the “icebreaking” discovery that we both were from the city of New York. With smiles on their faces that declared that their of defense mechanisms had been breached, I quickly seized upon the opportunity to share with them the Great Controversy. They asked me about the contents of the book, and I shared with them briefly how it explains the historical triumphs of the Bible, and the development of the Roman Catholic Church amongst many other things. Noticeably Intrigued, they received it happily. Praise God He has his sheep everywhere! Even in the belly of the beast. 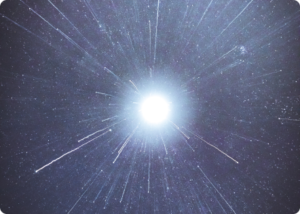 In descriptive fashion, Pope Francis recently told journalists that under provocation violence is acceptable, and should be expected. “You cannot 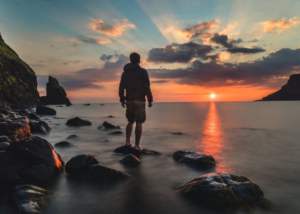 A journey into the very depths of the belly of the most influential and insidious organization in existence. See, as